The Health Benefits of Kombucha 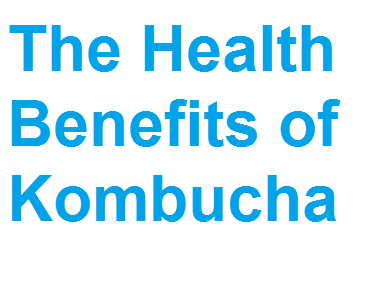 Kombucha also known as “mushroom tea” is a tea unlike any other. To make it, tea and sugar are combined; sometimes, fruit juice is added to this mix. Next, a culture of yeast bacteria is used to ferment the drink. The bacterial culture which forms into a mushroom like mass during brewing, hence its alternate name expands over time. The drink’s origins lie in Asia it's been around for centuries, if not millennia but by now, of course, it has hit the mainstream. Kombucha is known for being made with black or green tea, but it can be made with any kind of tea, such as oolong.

When the drink is properly brewed, it's fizzy and somewhat effervescent. It has an earthy, acidic, sweet tart taste, which some have linked to a cross between carbonated apple cider and vinegar soda. All of this is accompanied by a scent that smells like vinegar. Its natural flavor is not fit for everyone, which is why juice is often added to the tea and sugar solution.

Sugar aside, kombucha contains B vitamins and antioxidants. (It's also a little alcoholic, thanks to its fermentation.) It is low in calories; one 8 ounce glasses of kombucha contains some 30 calories, which is less than your favorite soft drink. Maybe it's time for you to replace Pepsi or Coke with a healthy Asian alternative!

Furthermore, kombucha contains many more probiotics than regular tea. These bacteria (which are also found in yogurt) are good for your stomach’s digestion process. This is because they digest those particles that we humans cannot digest on our own. They've also been positively correlated with strengthening the immune system, boosting overall health, and preventing diarrhea and other stomach related ills.

You can buy kombucha in different flavors, and in both pasteurized and unpasteurized varieties. Although mushroom tea can be purchased in supermarkets and health food stores, it's possible to make DIY kombucha by obtaining a SCOBY (a “symbiotic colony of bacteria and yeast”) and fermenting this pancake shaped substance inside a jar. This process takes one to two weeks. If you do this, be very careful: sanitation is no simple feat. If you don't sanitize your space properly, you can suffer from acidosis or allergic reactions when you drink the tea. It's even more of a threat to children, pregnant women, and those have compromised immune systems. So, if you're in such a position (or your kids are), it's best not to drink unpasteurized kombucha, whether homemade or store bought.